It wouldn't be a monthly medal report without the standard Markham intro.

Soooo ... This week was another installment of the Golden Putter and Monthly Medal which meant real golf/stroke.

Expecting soggy conditions, I left my good shoes at home and brought out my 15 year old mud bog duty Foot-joys. Well, there's still some magic left in them as I posted my lowest every score with the club today with a gross 73 net 64.

What was the secret? You can see the breakdown of the various facets of my game in the images below. (Stats junkie alert!)

Basically, solid off the tee, a bit off on the approaches, but short game and putting were off the charts. For some reason, nearly all my putts today seemed to be uphill and straight, so I could take a good run at them. And luckily, a lot of them went in. 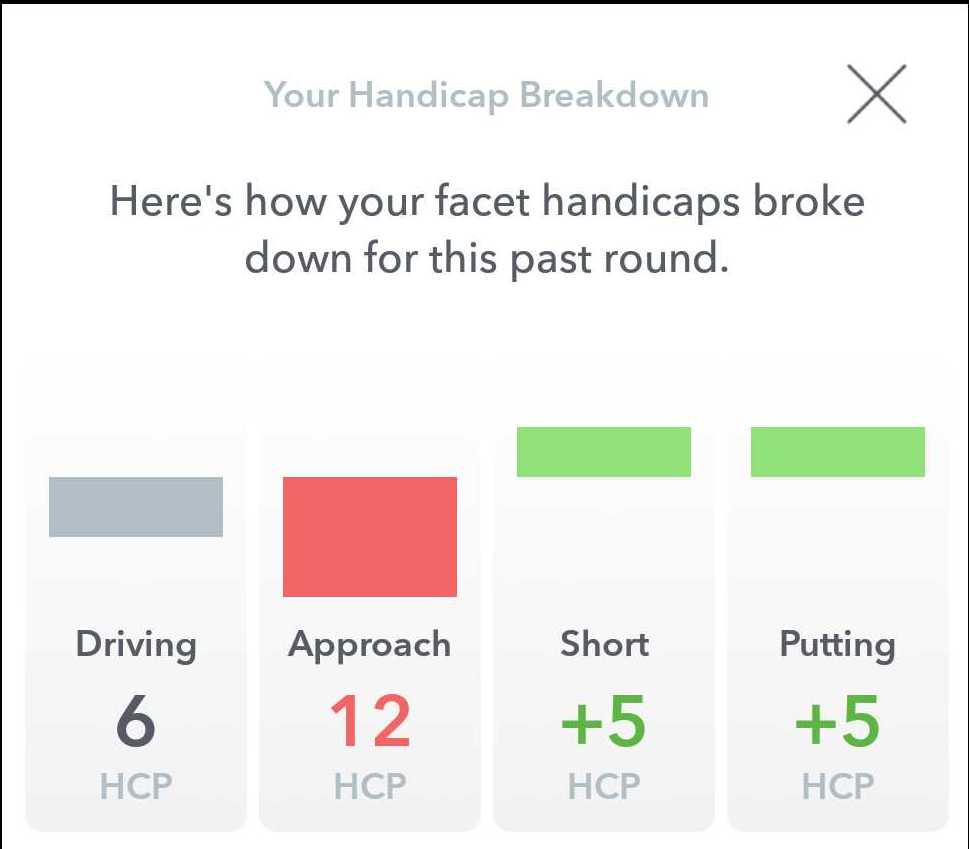 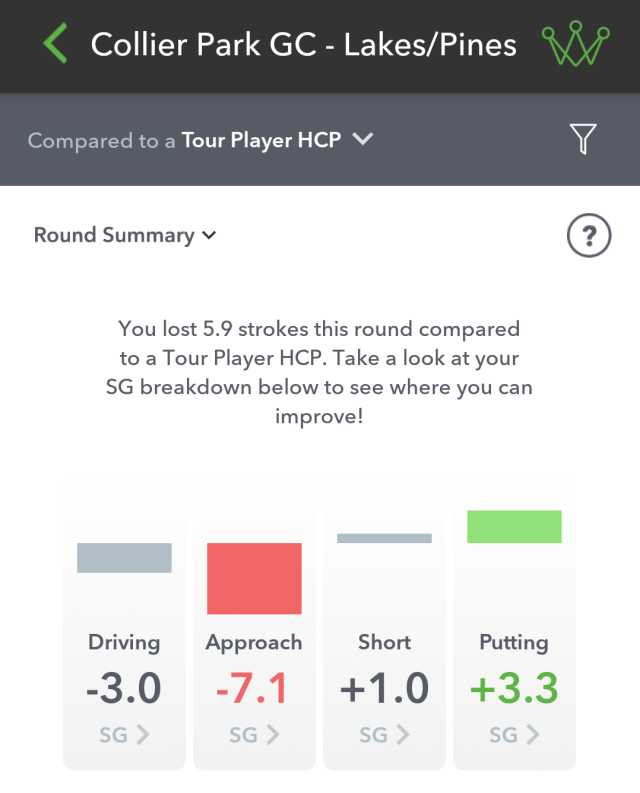 There were other sprinklings of luck as well: 1) shot aimed around a tree that went clean through; 2) a ridiculous chip in on Lake 5; 3) Robin finding my ball on Pines 5 when I was just about to declare it lost.

And it was nearly undone on the last as this Joe Public picked up my ball and walked away with it. Then realising it wasn't his, without breaking stride, casually threw it back over his shoulder landing behind a tree nowhere near it's original position.

Apologies but I am going to ramble on just a little bit more about my game as it was a 1 in 1200 round apparently.

I've been struggling with my driving and iron play this year (and the shanks at the end of last year). A lesson last week and a couple of tweaks changed my two way miss into a manageable left to right ball flight (further work required on that), so I had renewed confidence on the course.

Thanks to my playing partners Robin and Ian for the support and encouragement throughout the round.

And thank you to everyone for their kind and congratulatory words after the game. Makes me proud to be a member of such a great club.

And apologies if I was a bit spacey at the presentations, but I was still on a major endorphin rush.

There was some other good golf happening today. Second place finisher, Matt said he felt like he struggled today and didn't feel like he shot a net 69. Turns out he didn't, he actually carded a net 73. Both he and marker Rob Mizen had a mathematically challenged moment, so although each individual hole score was correct (thus avoiding a DQ), 4 strokes didn't make it into the final tally. However, the 73 was still enough to hold onto second on a count back from Craig.

Craig also had a decent day but, unlike myself, he and his group had nothing but downhill putts all day, with a few of cruel lip outs damaging the card.

It was a close battle for NAGA with Scott Robins just managing to pip Trev to the gutter.

In the match play between Jonny and Paul, it was close early on but then Jonny won 6 holes in a row (unless I misheard Craig), to eventually close out the match 4 and 3.

The following text and photos courtesy of Robin Dalby

It was one of the rounds of the year. Modest Mike was heard to say he’d consulted a pro to sort out the pulls and slices that have plagued recent rounds and was keen to put the swing changes into practice. He’s a quick learner, immediately setting the standard for pure ball striking off the tees and off the grass on his way to some impeccable chipping and putting characterised by deft touch and precise reading of the greens. Well, OK, there were the (very) few miss hits, golf being the demanding game that it is, but he recovered really well each time and for a guy who only gets to play irregularly and can still boast a 9 handicap, it was a sublime round and a privilege to watch.

He carded 2 birdies, 12 pars and 4 bogeys in his round of 73 (net 64) while his 25 putts, the lowest to-date, comprised 1 zero-putts (difficult chip in off the green at Lake 5th), 9 one-putts and 8 2-putts in a masterful display. Meanwhile, Robin and Ian were flailing away and being made to look like mere mortals. 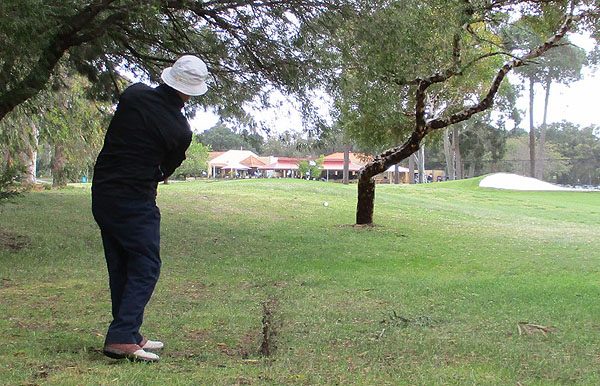 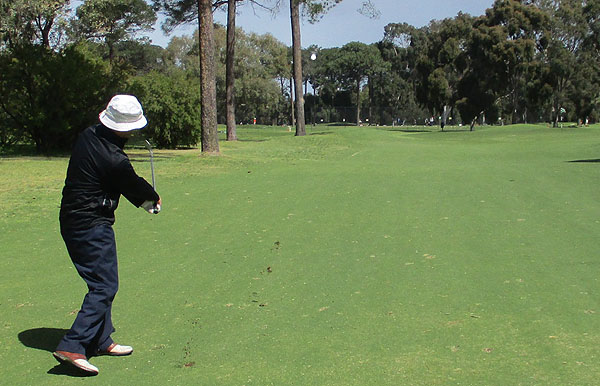 Easily out of trouble on 18 Straight at it (but fat and 10m short!)